Aerial Shot of Innisfallen Island, Lough Lein, Killarney, County Kerry. A monastery was founded on Innisfallen in the 7th century and it became a seat of learning and it said that King Brian Boru studied there. On the island are the remains of the extensive 12th century Augustinian priory and a small 11th -12th century Romanesque church. The annals of Innisfallen, a major source of early Irish history and now stored in the Bodleian Library in Oxford were written there. Boat trips to the island operate from the Ross Castle area from Ross and Reen piers.Photo:Valerie O'Sullivan© 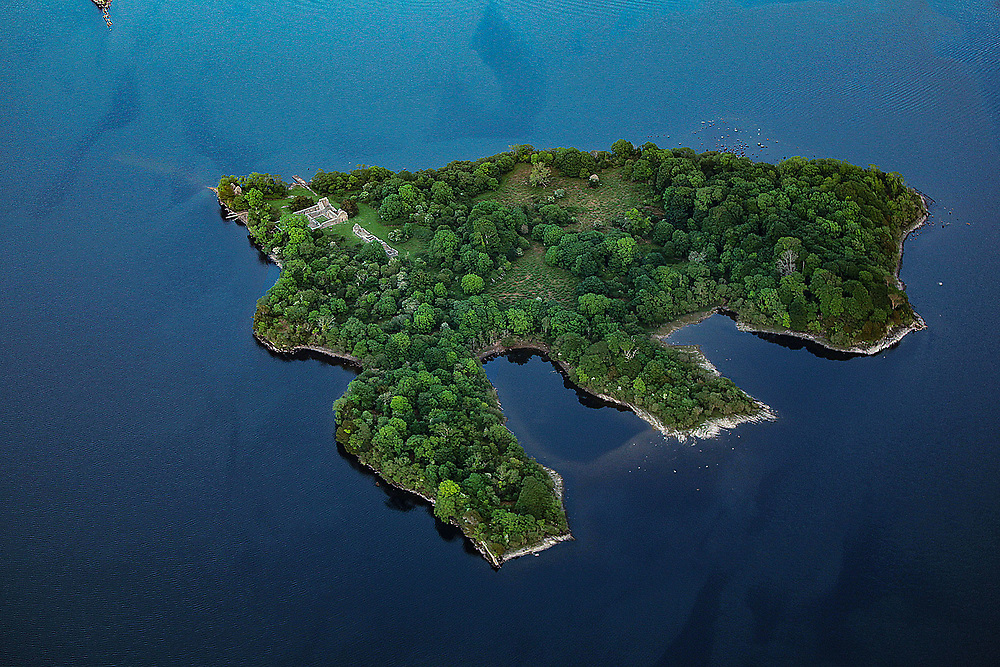